Riverwalk
The heck with San Antonio — we’ve got a fancy place of our own where we can strut in our boots. Located along the Savannah River behind Reynolds Street downtown, the Riverwalk is a multi-tiered brick esplanade beautifully landscaped and filled with various walking paths, benches, historical monuments and plaques. And if you’re here on the weekend, there’s more than likely to be some special festival or event packing in a crowd and offering plenty of foods and beverages.

While we have all seen or experienced the pain of a water hazard, the unique Augusta Canal offers fun for the whole family. Located next to the Savannah River behind Reynolds St in downtown Augusta, The Riverwalk is a multi-tiered brick esplanade perfect for creating a relaxing atmosphere after strenuous days. The walk offers art, history, and science museums as well as numerous parks and picnic areas, not to mention an open concert pavilion.

Meadow Garden
Located on Independence Drive near the intersection of Walton Way and 13th Street, (706) 724-4174, Meadow Garden was the home of George Walton, one of Georgia’s signers of the Declaration of Independence.

Sacred Heart Cultural Center
Located on 1301 Greene Street, (706) 826-4700, Sacred Heart Cultural Center is a heartening and spectacular example of a cherished piece of architectural heritage, down on its luck, given a new lease on life. Consecrated in 1901, the redbrick, twin-spired Romanesque Catholic church summed up the highest skills of European artists. Jewel-like tones of German stained-glass windows play against the creamy white Italian marble columns, stations of the cross and the ornate high altar. In the early 1970s, with much of its congregation now in the suburbs, Sacred Heart’s doors were closed and the church deconsecrated and left to the mercy of the elements and vandals.

Morris Museum Showcases Southern Art
Dedicated to the art of the South, the Morris Museum of Art is a don’t-miss stroll right off Augusta’s Riverwalk. Two centuries of Southern art are represented in this new museum designed like a private home. The permanent collection includes works by Augusta native Jasper Johns and mixed media artist Robert Rauschenberg. Special exhibits are held throughout the year. Open Tuesday through Saturday 10 a.m. to 5:30 p.m. and Sunday 12:30 to 5:30 p.m. Admission is $2. Riverfront Center, 1 Tenth Street at Riverwalk, (706) 724-7501.

Cotton Exchange Welcome Center
Eighth and Reynolds Streets, for information and historic exhibits on Augusta’s once-lucrative trade in “white gold.” It’s open Monday through Saturday 9 a.m. to 5 p.m. and Sunday 1 to 5 p.m. Phone (706) 724-4067 or (800) 726-0243. Self-guided walking and driving tours as well as group tours are available at the welcome center.

Ezekiel Harris House
Found on 1840 Broad Street, (706) 724-0436, it is Augusta’s second-oldest structure. In 1797 Harris came to the area from South Carolina with plans to build a town to rival Augusta as a tobacco market. On a hill overlooking Augusta, the house is an outstanding example of post-Revolutionary architecture. The gambrel roof and vaulted hallway are reminiscent of New England. Tiered piazzas are supported by artistically beveled wooden posts. Rooms are furnished with period antiques. It’s open Monday through Friday 1 to 4 p.m. and Saturday 10 a.m. to 4 p.m. Adults are $2; students, 50 cents.

The Augusta Canal
Forgot your clubs but still want to get close with nature? Well, we’ve got a big offering in the Augusta Canal, where recreational activities such as canoeing, jogging and biking abound. Approximately 11.5 miles in length and built in 1845 for transportation, power and water supply, the canal today also is a flocking place for recreation-minded Georgians and South Carolinans. Canoe and bike rentals are available. Call (706) 823-0440 for more information.

Signers Monument
Visit what must be Augusta’s most unique grave. Buried under the median in the middle of Greene Street — one of Augusta’s busier downtown arteries — are the remains of two of the signers of the Declaration of Independence, George Walton and Lyman Hall. The obelisk monument, dedicated on July 4, 1848, also honors a third signer, Button Gwinnett.

Haunted Pillar
Here’s a story that rivals any of Stephen King’s. Located at the corner of Fifth and Broad streets is this 10-foot-tall concrete pillar — all that remains for an old farmers market that once stood in the middle of Broad Street. Several stories surround the pillar, which is said to be “cursed” and anyone who tries to knock it down will die. Stories range from an irate preacher to a slave woman who placed the curse upon the pillar. 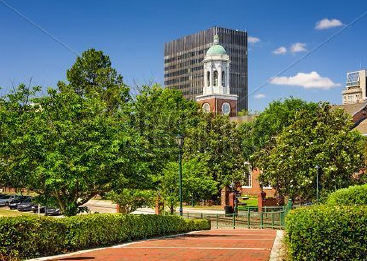 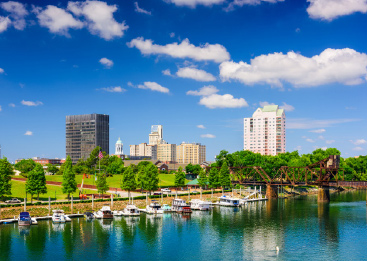 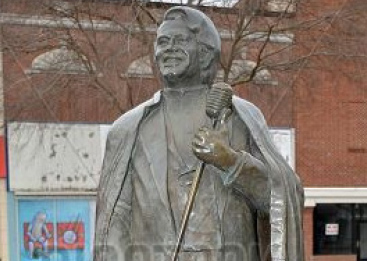 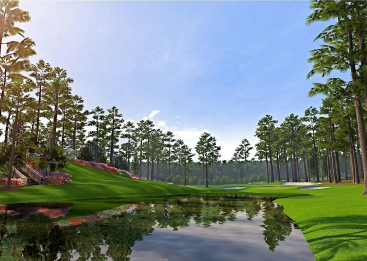 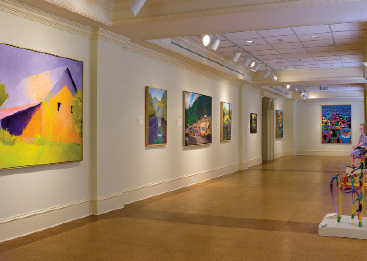 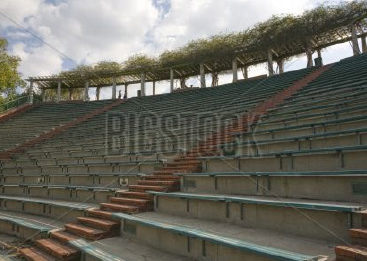 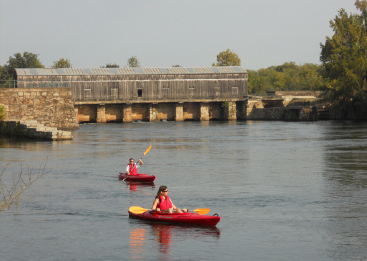